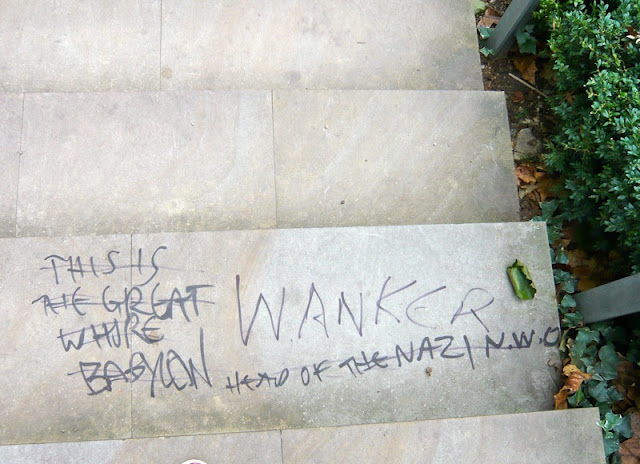 A debate in Richmond. This was also featured in Shit London, lucky me.
Posted by Molly at 7:27 PM 3 comments: 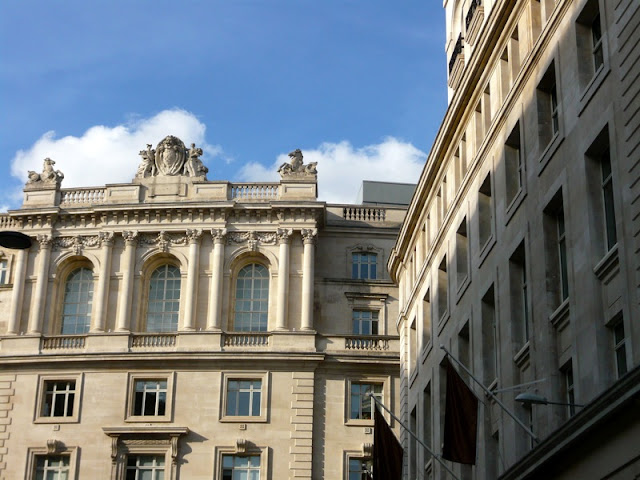 Bank of England on a sunny autumn day.
Posted by Molly at 12:24 PM No comments: 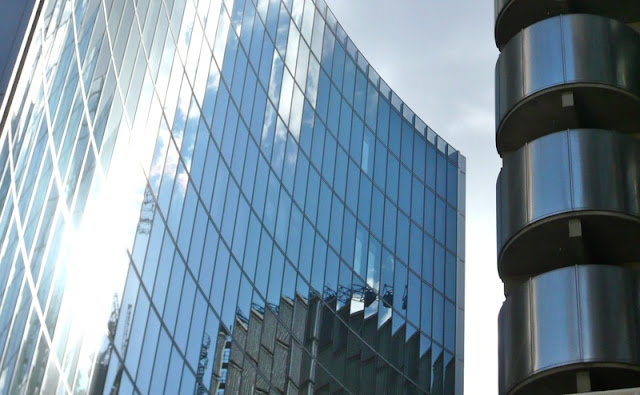 Reflections in the City of London.
Posted by Molly at 7:22 PM 1 comment: 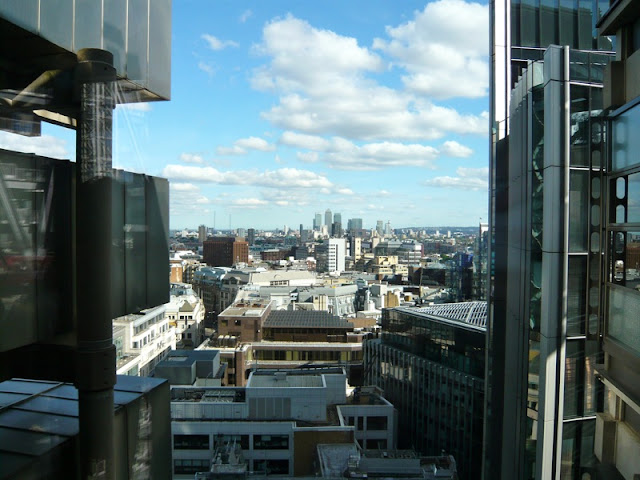 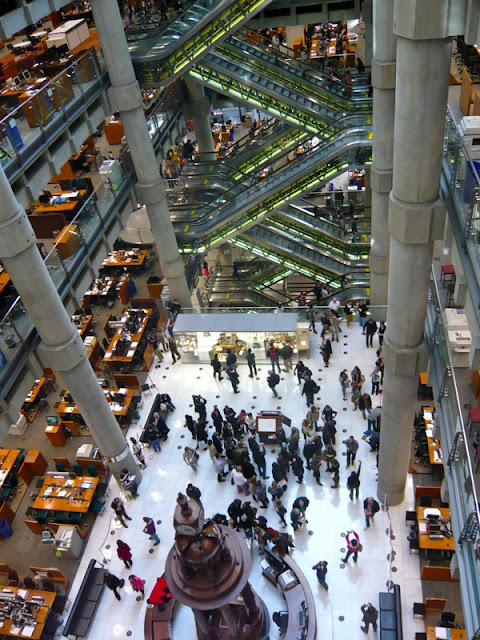 It seems my automatic posted didn't work! Apologies for prolonging the suspense. I spent Open House London at Lloyds of London, an amazing 1980s concrete structure that was just made a listed building. Here we see "The Room" where insurance brokers meet do their thing.
Posted by Molly at 7:19 PM 1 comment: 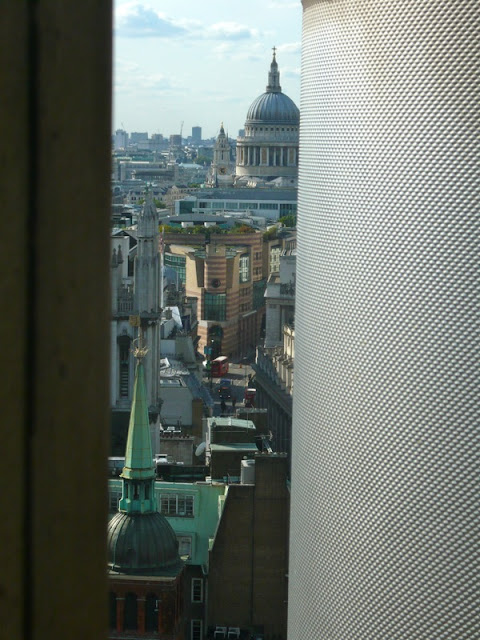 The wonderful Open House weekend lets the public visit hundreds of buildings not normally open to the public. I thought about waiting in a 4-hour queue to get inside the Gherkin, but the rain today put me off.

Saturday, however, was gorgeous and I visited two very cool, very famous buildings. This a view from the first. Anyone wanna guess what it is?
Posted by Molly at 8:38 PM 1 comment: 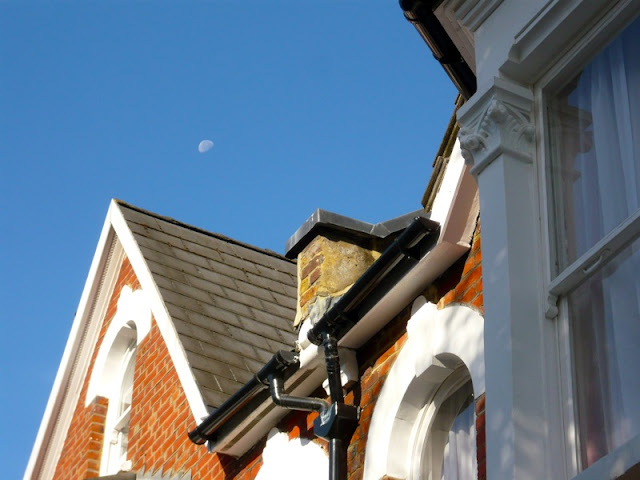 Caught this nice view of a morning moon on my way to work last week. I couldn't take my eyes off it -- I try to really savor this clear, blue London days because I know they will be few and far between in a few weeks.
Posted by Molly at 12:04 PM 1 comment: 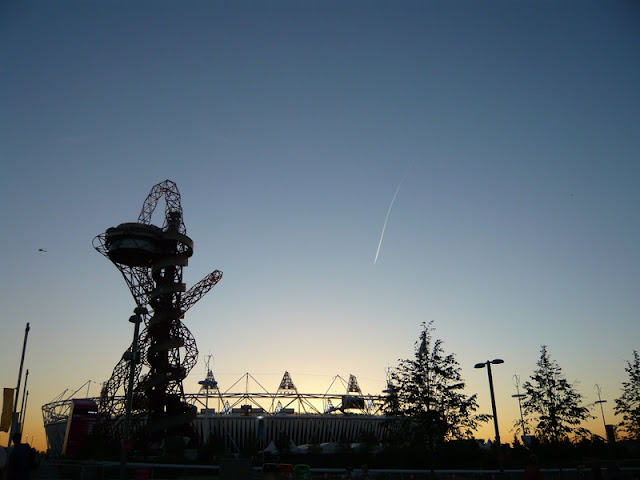 I managed to snag tickets to Paralympics Athletics on Friday. The atmosphere was incredible. We were in a tiny minority, waving our American flags, surrounding by a sea of British flags. 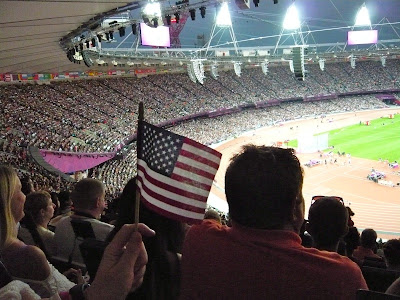 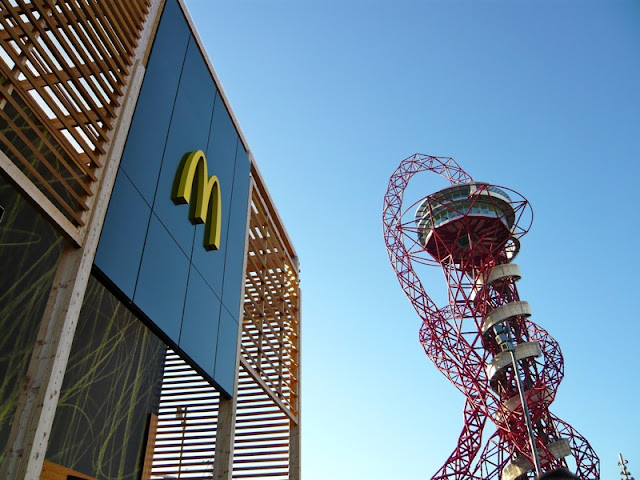 Two symbols of London 2012. More from Olympic Park tomorrow.
Posted by Molly at 11:59 AM No comments: 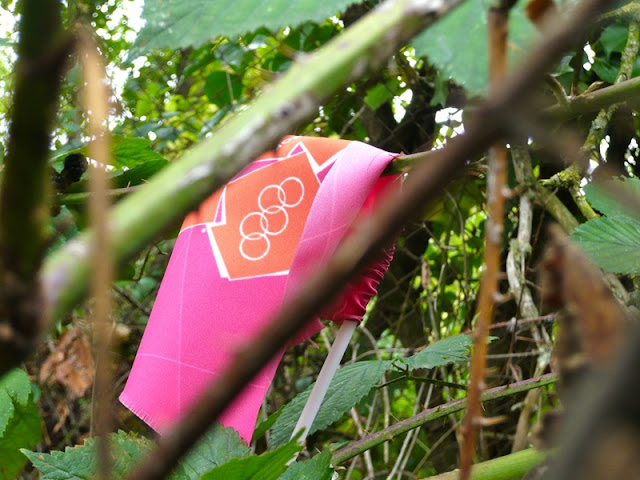 I went to an "unofficial" public art exhibition in Finsbury Park this weekend. Artists had deposited works around the park without permission and then publicised the event on Facebook. I got there early, as was encouraged, so I could see the art before it was confiscated by park authorities. This is one of the pieces and, I confess, I don't get it. An Olympic flag thrown into the bushes where parkgoers normally chuck their rubbish? What can it meeeeaaaan?

Also, the park authorities must have Facebook because I saw them inspecting some of the artworks on my way out of the park, though they had left them in place as of this afternoon.
Posted by Molly at 9:00 PM 1 comment: 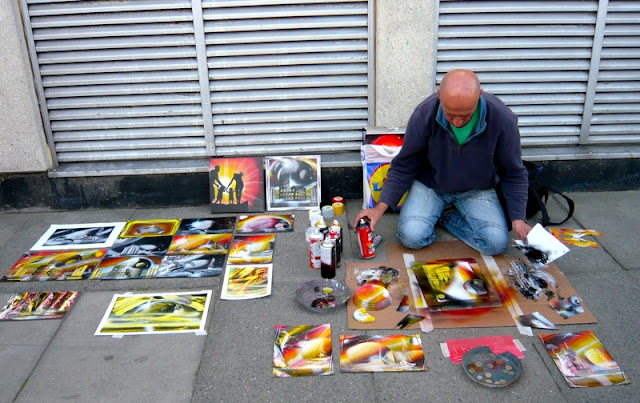 This artist on the South Bank was making beautiful, intricate (and impressively small) pieces using spray paint, stencils and pieces of paper. When the weather is nice, artists like this man are all over London's streets.
Posted by Molly at 11:23 AM 1 comment:

All good things must come to an end and the London 2012 cars are all lined up to be taken away. Olympics withdrawal is in full swing. But, man, did London put on a show or WHAT?
Posted by Molly at 11:22 PM 2 comments: 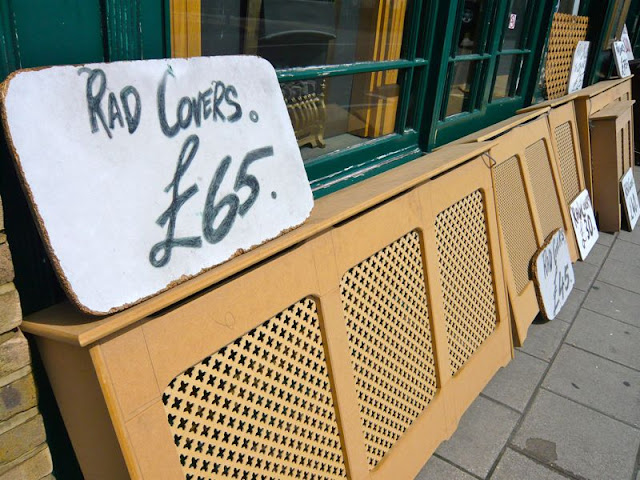 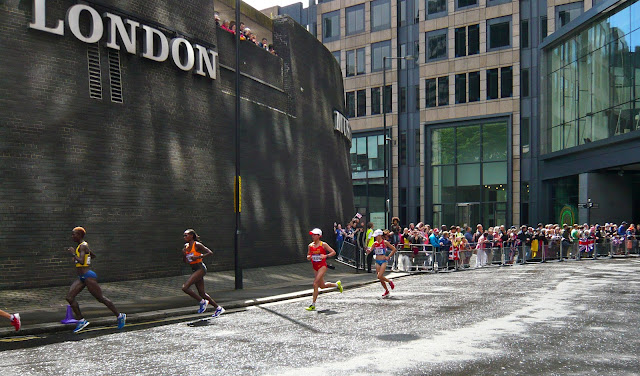 I managed to see some of the women's Marathon yesterday as they ran a few laps around Museum of London. Quite exciting. 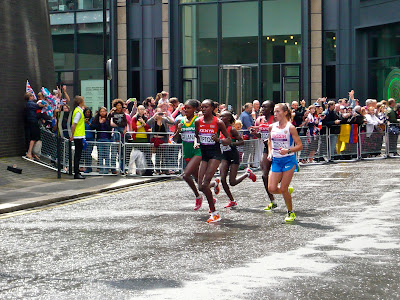 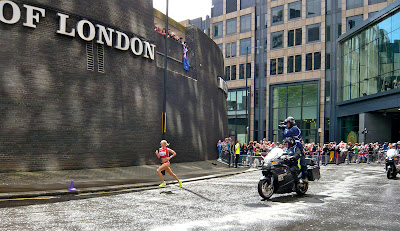 One of the American runners, pursued by cameras.

waiting for the athletes 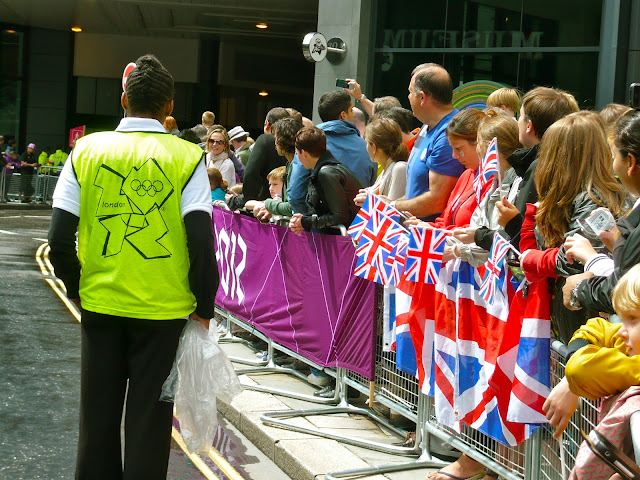 Some Olympic events are taking place on the streets of London. I managed to see part of one of these events. Check back tomorrow to see which one.
Posted by Molly at 3:29 PM 1 comment:

Molly
Photography as a hobby. History as a profession. All pictures and text on my blogs belong to me. All rights reserved. Most images shot on a little Panasonic Lumix DMC-FX33. It gets the job done.

A Sampling of Favorite Blogs